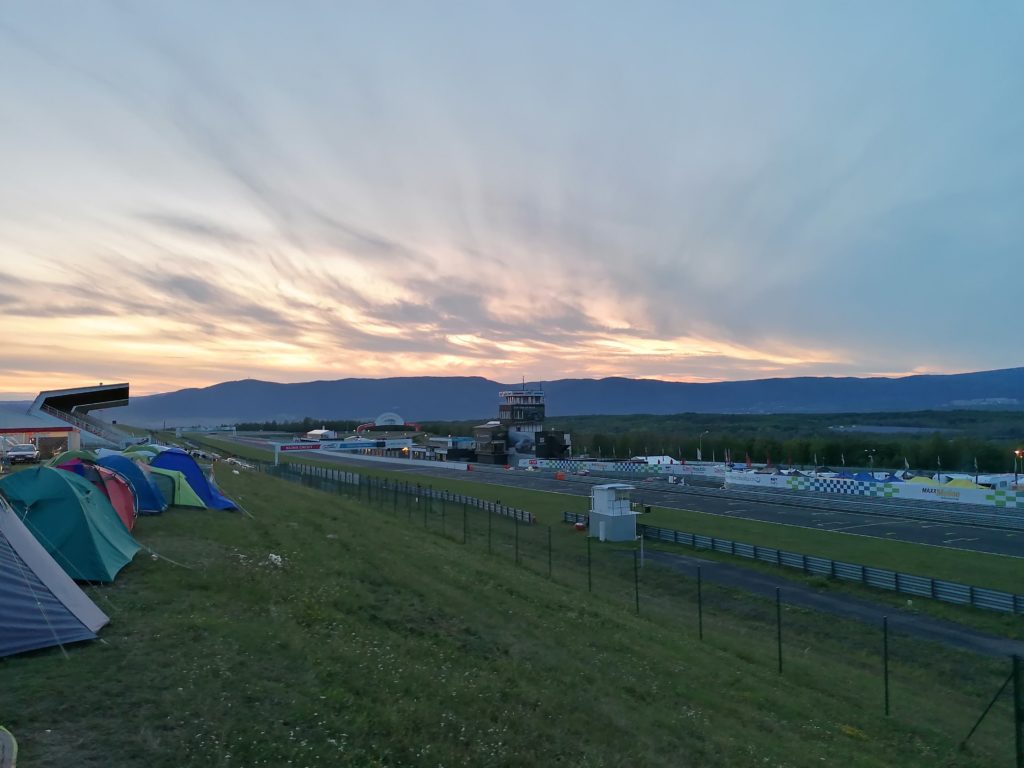 After the successful competition in Germany, the team drove straight off to the Autodrom in Most. Our 4th and last competition, Formula Student Czech Republic, would take place in the north east of the Czech Republic. Together with around 10 other teams, that came directly to the Czech Republic after FSG, we claimed the best camping spots. The other teams would only arrive the next day, when the registration started.  This extra day of rest, gave the team the time to recover from the long and exhausting racing summer. Tuesday at 15 o’clock, the pit boxes opened and we unloaded our material for one last time. 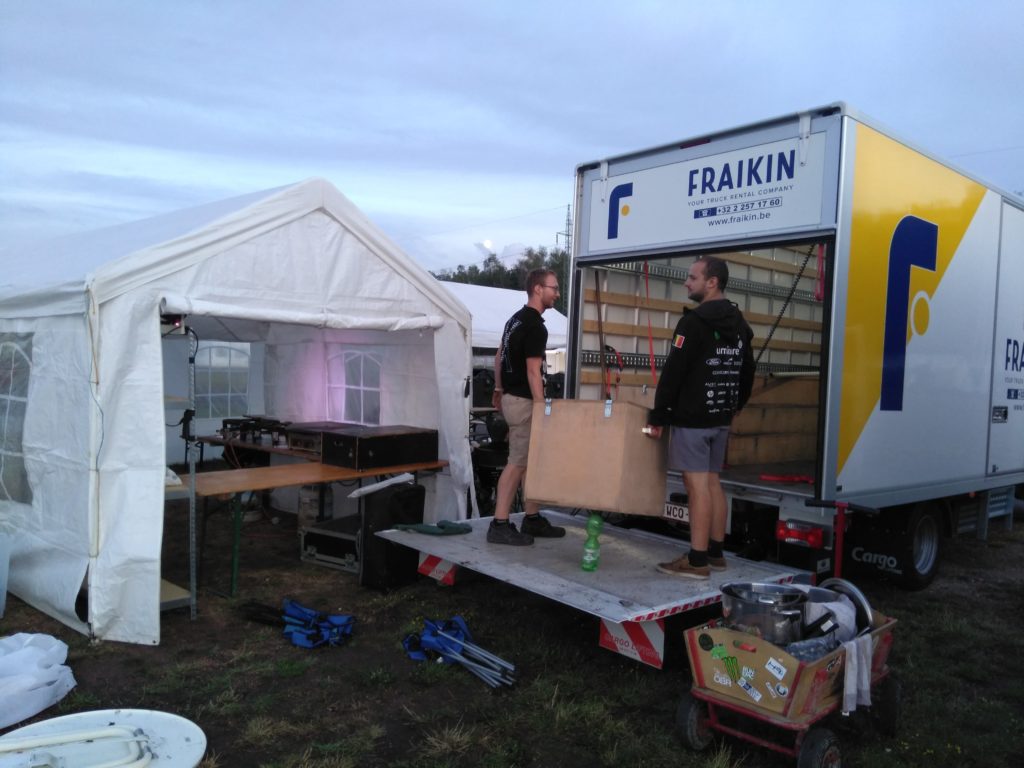 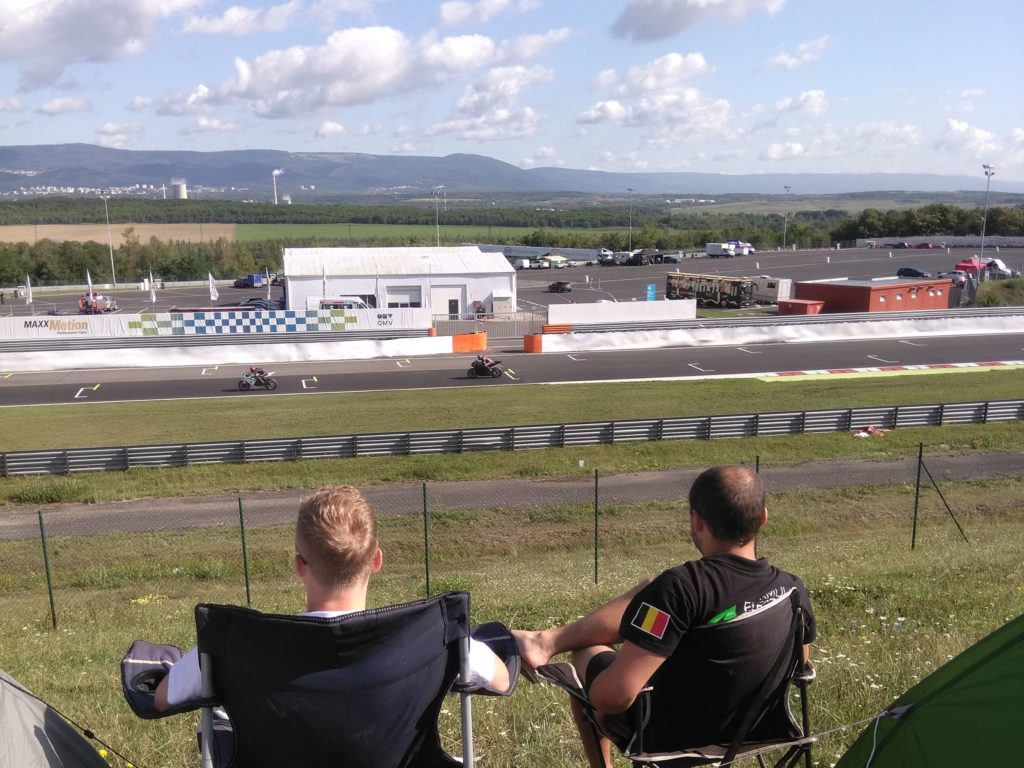 Wednesday
The moment the pit boxes opened, we immediately queued for the last scrutineering session of the Umicore Eclipse. Because we already passed 3 other scrutineering sessions, we did not worry about this. As expected, we didn’t encounter any problems and at the end of the first day, we already passed 5 out of 6 technical inspections. The next day we should only pass the brake test. During the first day of competition, static events also took place. Formula Electric Belgium had to present their Business Plan first. For the 4th time Natan and Louisa tried to convince the jury that their plan would be the most lucrative. 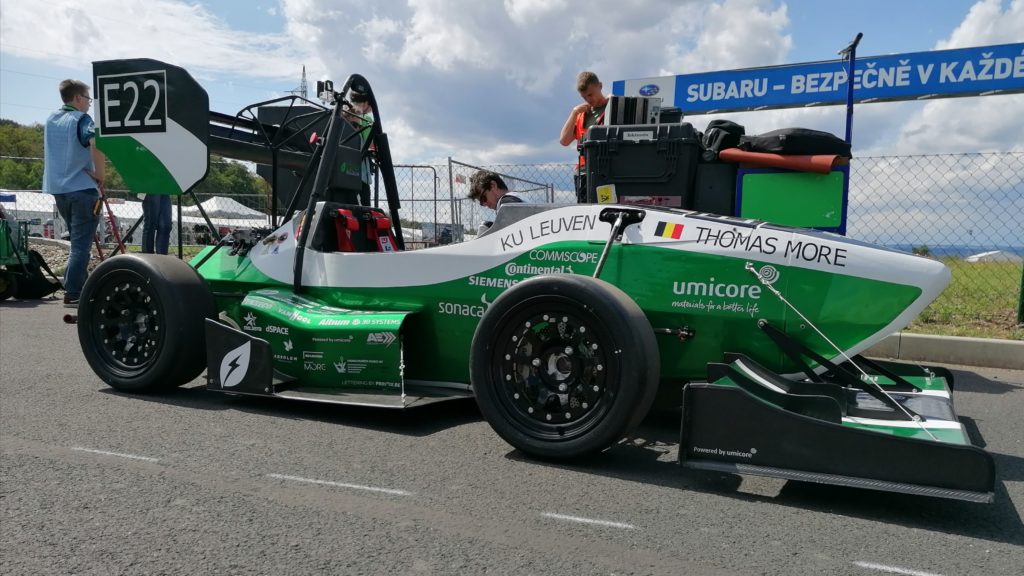 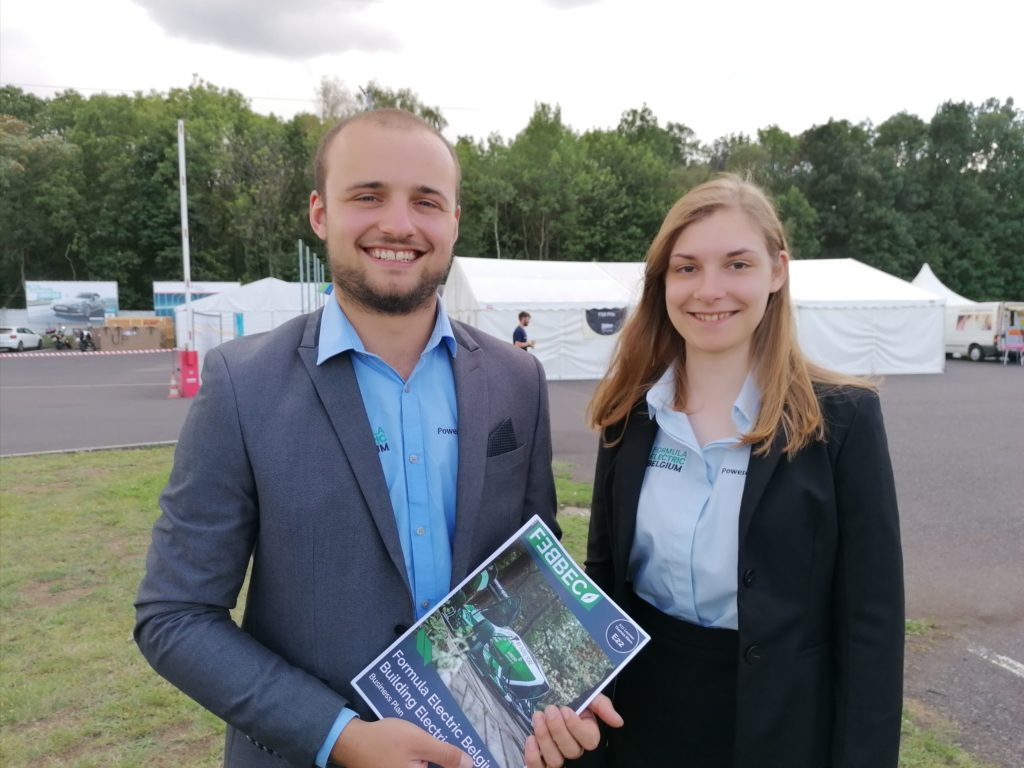 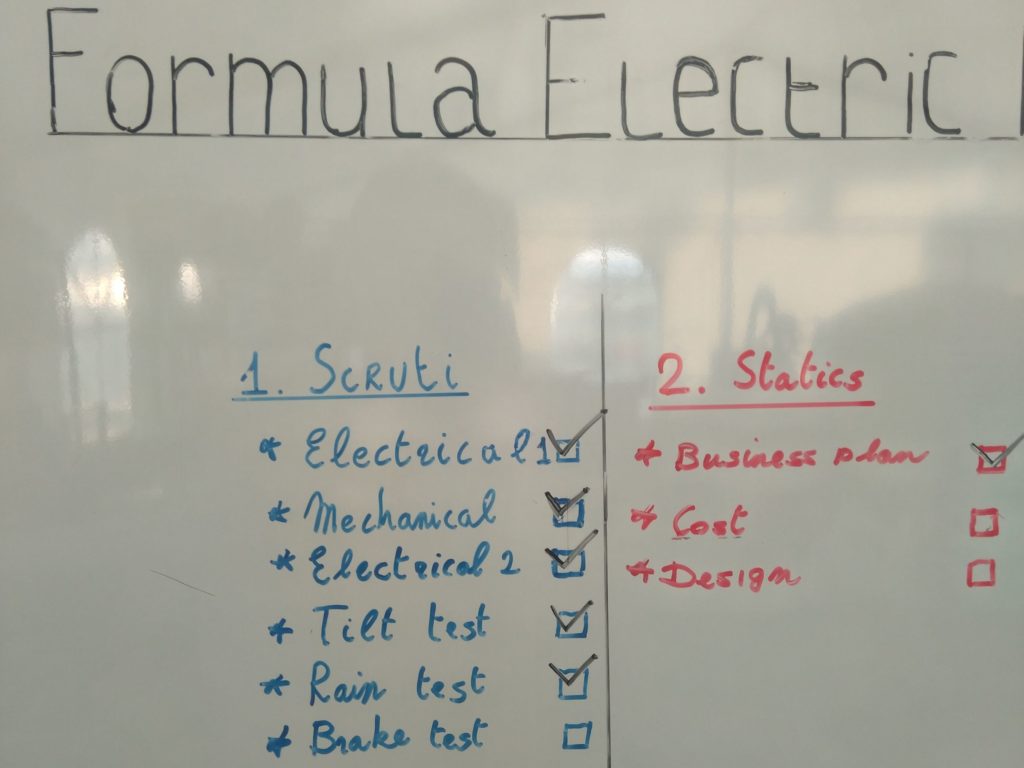 The last sticker still remained on the nose of our Umicore Eclipse. To get a hold on this last sticker, we had to prove the the car could come to a safe and controlled standstill even in emergency situations. Early in the morning of the second day, we completed this final obstacle and the Umicore Eclipse was the first electric vehicle to pass scrutineering in the Czech Republic. With scrutineering done, we could focus on the remaining static events, Cost & Manufacturing and the Engineering Design events. For a last time the teams did everything they could to impress the jury. After the static events, the team could start preparing the car for the busy schedule of the following day. 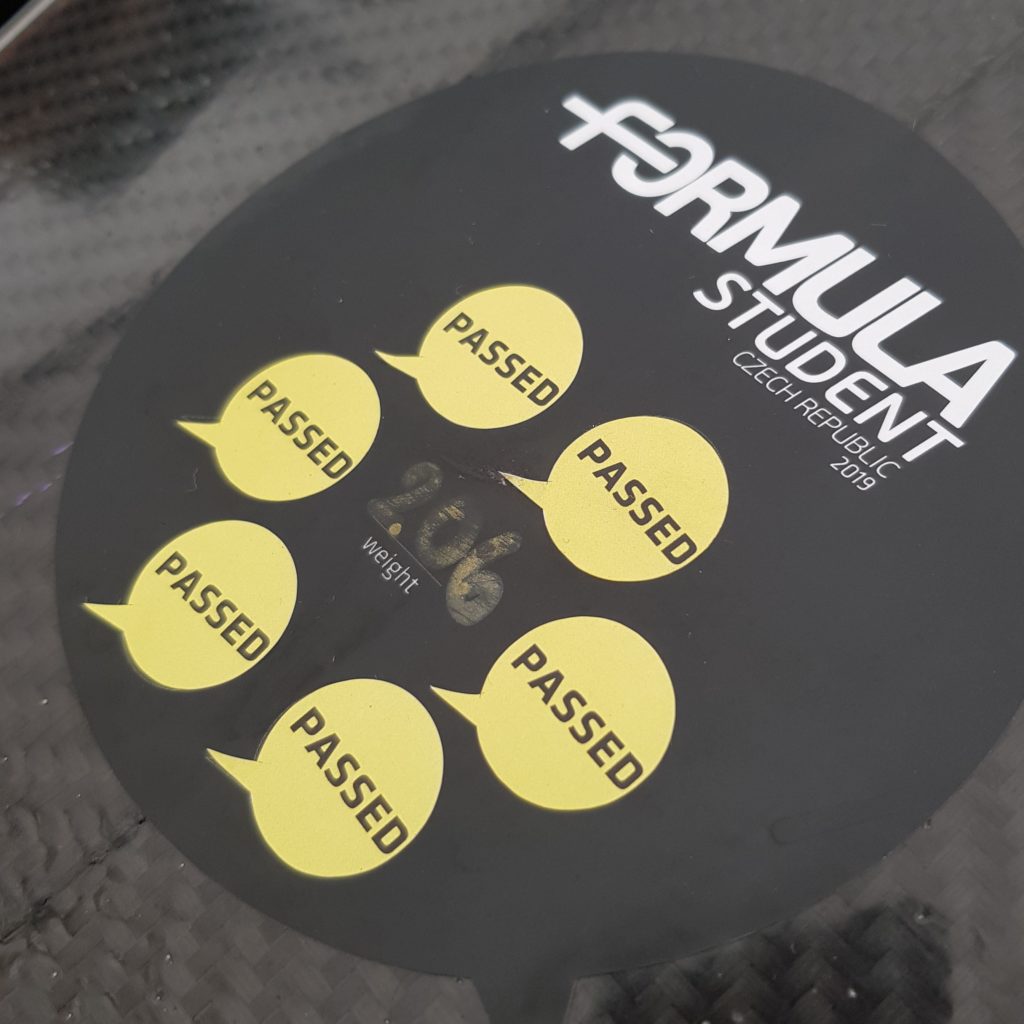 Not only for the team, but also for the car, a harsh day was planned. Not less than 3 dynamic events were planned for that day. Acceleration and skidpad in the morning, followed by autocross in the afternoon. First we decided to show the capabilities of the Umicore Eclipse in the acceleration event. On our first try, we already improved our personal best, we set in in Germany. With a time of 3,68 seconds, we managed to get ourselves on the podium and we headed for the skidpad. After the first run, the driver noticed some understeer. Time to change the suspension setup. This new setup gave the second driver even more control over the vehicle and set a nice 8th time on the skidpad event. We still had an hour until the lunch break, so we tried to improve our acceleration time even more.We managed to squeeze off a few hundredths of a second, but this was not enough to get the second place. A new personal best of 3,66s, is something the team could be really proud of.

During the afternoon, everything was set up for the autocross event. Gianni was our first driver to try out the renewed circuit of Most. The conditions were perfect so after the first two runs, we decided to let the second driver take off immediately after. Our times were fast, but the competition in Most was hard. We had to be satisfied with a spot in the top 10. 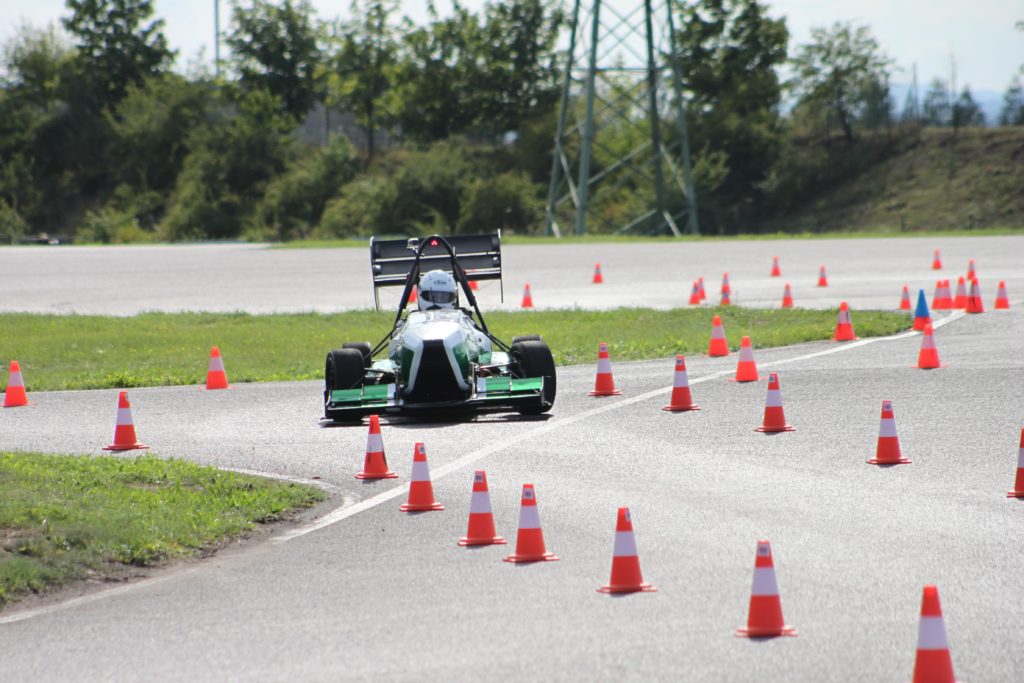 Saturday
The final day of competition had arrived for Formula Electric Belgium. The team was very tense for the upcoming endurance race. A good result on this event, could result in a place on the podium. Full of hope, we arrived at the starting line, the green flag fluttered and there she went, the Umicore Eclipse on her final dynamic event. Unfortunately a malfunction in one of the encoder cables put us to an early stop. This was a huge blow for the team. The hope for a medal had flown. Disappointed we started to clean up the campsite and pit box and started to prepare for the long way back to Belgium…